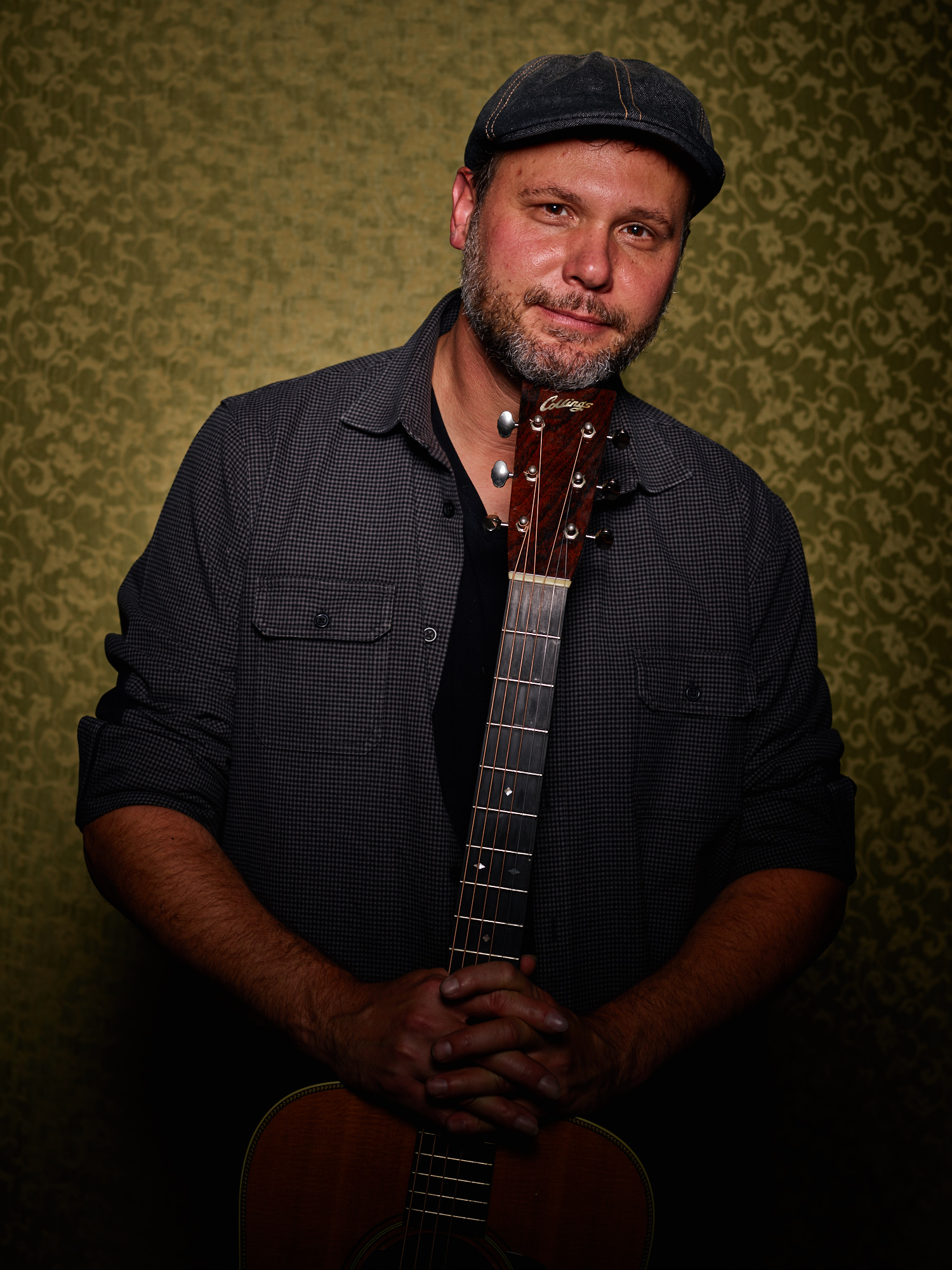 Alastair Moock is a Boston Music Awards-nominated singer-songwriter; a Grammy nominee for Best Children’s Album; and a well-travelled performer, speaker and educator for all ages. He is a founder of The Opening Doors Project, a volunteer organization with a nonprofit mission to amplify voices of color and advance conversations about race through the arts, and of Family Music Forward, a racial justice initiative working in the children’s music space. The Boston Globe calls him “one of the town’s best and most adventurous songwriters” and The Washington Post says “every song is a gem.”

Alastair started performing in 1995, moving from his home outside New York City to the folk haven of Boston. After working his way up through the local coffeehouse and club circuit, he began touring the U.S. and Europe, eventually graduating to renowned events like the Newport Folk Festival and Norway’s Bergen Music Fest and opening for national acts like Arlo Guthrie, Taj Mahal, Ramblin’ Jack Elliot and Greg Brown. In 2007 Moock was nominated for a Boston Music Award for Outstanding Singer-Songwriter of the Year. The Boston Globe called him “one of the town’s best and most adventurous songwriters” and The Washington Post declared “every song a gem.”

When Moock’s twin kids were born in 2006, he turned his focus to family music, making five albums which together garnered many of the top awards in American children’s music, including a 2013 Grammy Nomination, three Parents’ Choice Gold Medals, and ASCAP’s coveted Joe Raposo Children’s Music Award.

After many years teaching Civil Rights and social justice history to kids of all ages, Alastair began to dig in more deeply with the work of anti-racism in 2020 when he helped found Family Music Forward, a racial justice initiative working to amplify Black voices in the children’s music space. That same year, Moock was one of three nominees to respectfully decline a Grammy nomination for Best Children’s Album (his second nomination) due to historical under-representation in the category. In 2021, Moock co-founded The Opening Doors Project, a volunteer organization with a mission to amplify voices of color and advance conversations about race through the arts.