If you’re looking for images, a downloadable bio or other press related items, get them here.

“A young folkie who sounds just as rough, rootsy, and masculine as the bad boys of the 60s. Moock has a gnarled but pleasing voice and the air of a man who’s hitched from coast to coast… He has become simply one of the top songwriters in the region.”

“Moock’s songs are simple, built on country-blues structures and free of the convoluted metaphors and self-conscious wordplay that clutter so much modern folk music … Every one is a gem.”

“I’ve been listening to one song a day ‘cuz it’s like ice cream or a good novel. Like when I read The Godfather, I wouldn’t read more than two pages ‘cuz I didn’t want to finish it. That CD is a killer — just a total complete motherfucker.”

“With each of his five albums, this Boston-based singer-songwriter has honed his signature ability to write songs that sound joyfully homespun and irreverent while also being painstakingly poetic and intricate. He’s settled nicely into the role of a folkie raconteur, exploring the American vernacular from swing to blues to Appalachian mountain music and fitting each genre to the timeless themes of his lyrics. Those styles also fit perfectly with Alastair’s voice, which is pitched somewhere between a rasp and growl: this is a voice made for vintage-sounding Americana.”

“Moock is an anachronism in the best sense. He’s a young man with the wizened sound of someone much older, often sounding a lot like Steve Forbert in both voice and arrangements, and he mixes his rootsy, confident originals with covers of old songs… Moock knows both his history and how to tell a good story.”

“Moock’s rough voice and easy songs are comforting. Listening to or singing along with him is like falling asleep in the back of your parents’ car, going home.”

Grammy-nominated singer-songwriter Alastair Moock has made a name for himself on the folk and Americana circuit, touring throughout the U.S. and Europe and playing renowned events like the Newport Folk Festival. When Moock’s twins were born in 2006, he turned his focus to children’s music, releasing four award-winning albums for kids and families. This spring, he returned to his singer-songwriter roots with his first “grownup” album release in ten years. The Boston Globe calls him “one of the town’s best and most adventurous songwriters” and The Washington Post says “every song is a gem.”

Listen to Alastair’s latest album here.
Or to request a SoundCloud link or CD, please write us here. 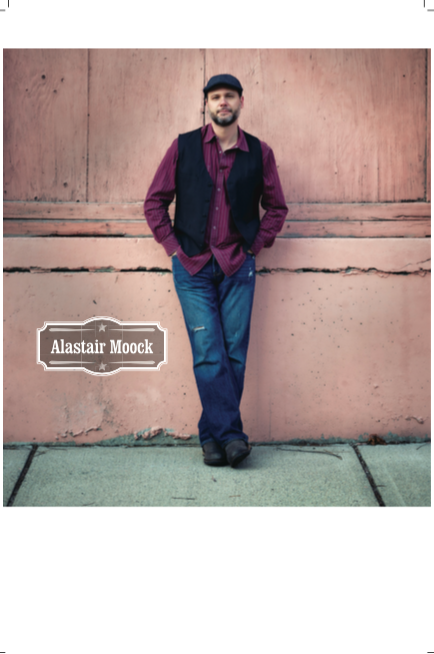 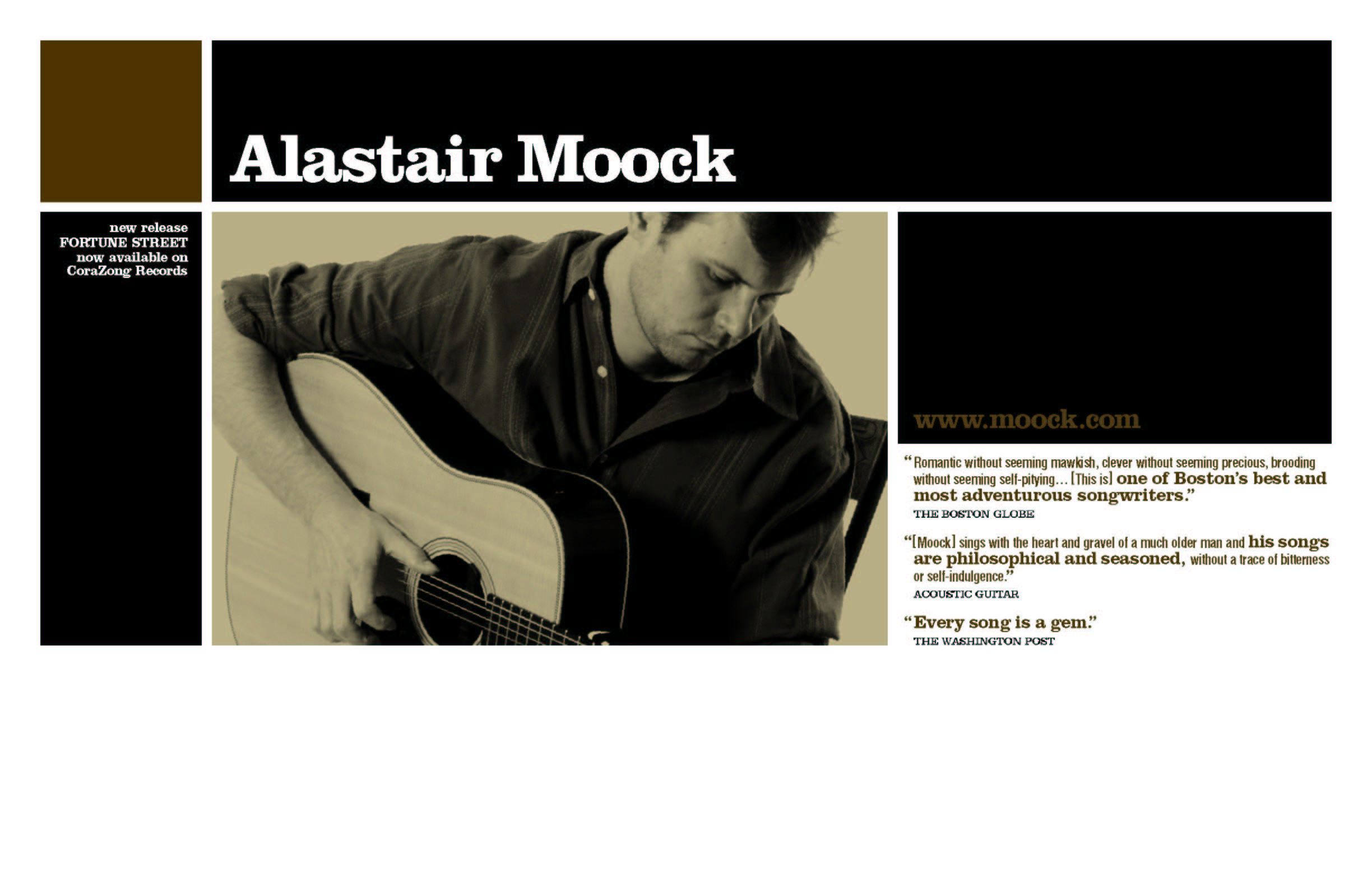