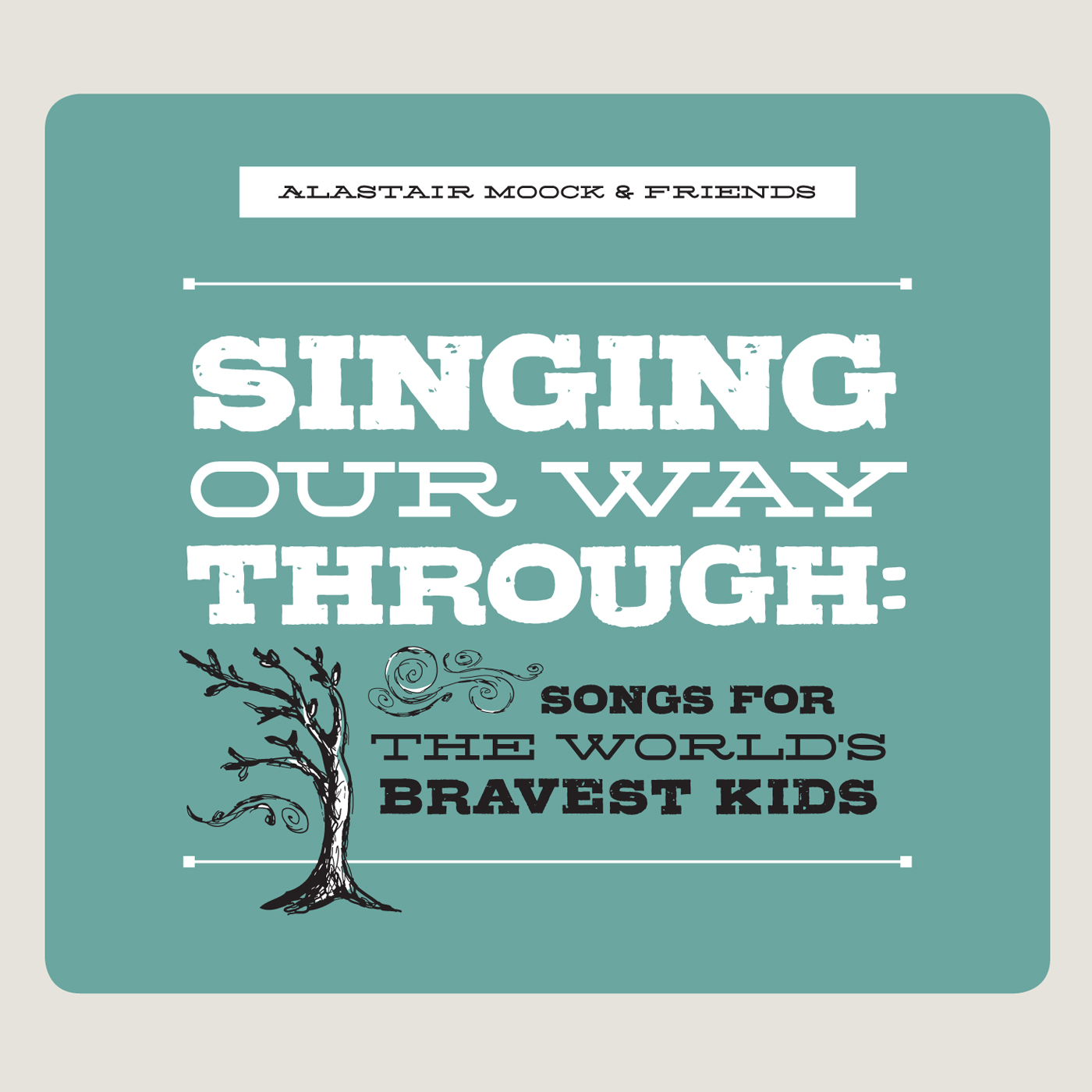 Listen | Lyrics and Chords | Singing Our Way Through Website

Salon.com
“What’s most impressive about the record is its ability to portray cancer for what it is: a complex human process full of fear and pain, but also moments of great intimacy and even joy. It’s an unsentimental album that happens to be deeply moving… A masterpiece.” [Read the full article here.]

All Things Considered, NPR
“These songs provide a combination of empathy and humor, offering strength to any families facing an uncertain future… Kids fighting illness and their families are its primary audience, but its message of clear-eyed hope and comfort isn’t just for kids.” [Listen to the full story here.]

The Boston Globe Magazine
“In the footsteps of Seeger and Guthrie, Alastair Moock makes real kids music that parents can actually enjoy… Though Singing Our Way Through is never morose, neither does it hide from poignancy and emotion.” [Read the full article here.]

Kathy O’Connell, Kids Corner, WXPN-FM
“I don’t think I’ve ever seen such a perfect example of making lemonade out of some really rotten lemons as Alastair Moock’s excellent new CD. At a time when he was most helpless as a parent, he did what he could as a musician to create something to help families in his family’s position. It’s a wonderful album.”

Kid Independent
“A simply beautiful collection of songs… Alastair has teamed up with other well-known children’s musicians on tracks that inspire bravery, resilience, and give space for both smiles and the odd tear or two.”