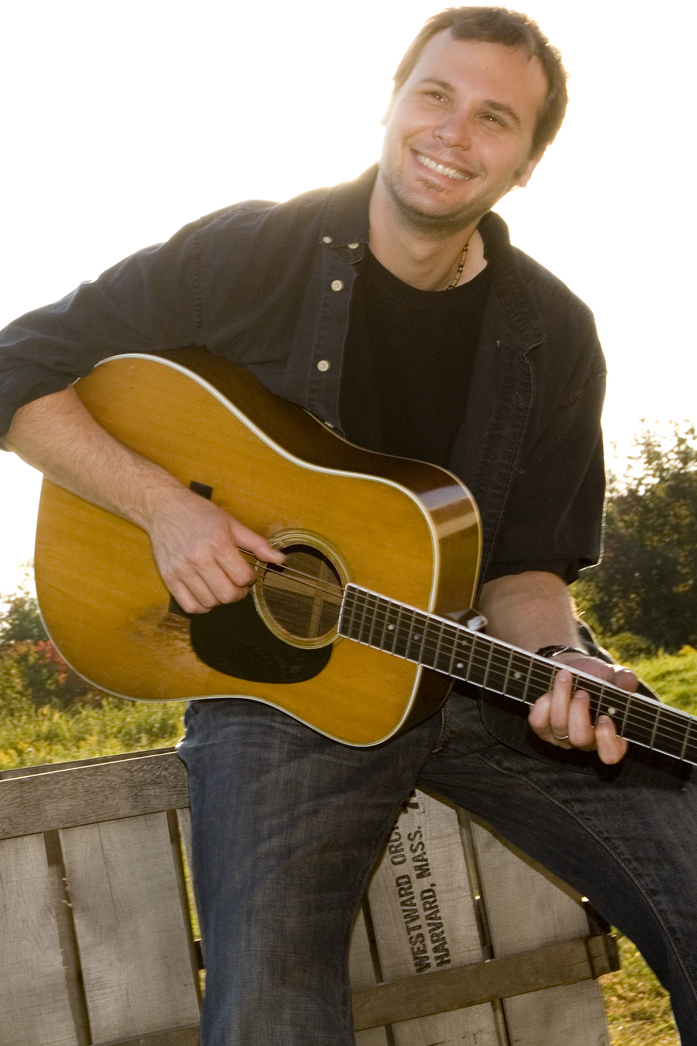 Alastair Moock is a 2013 GRAMMY Nominee, three-time Parents’ Choice Gold Medal Winner and recipient of the ASCAP Joe Raposo Children’s Music Award. Long one of Boston’s premier folk artists, Alastair turned his attention to family music after the birth of his twins in 2006. The New York Times calls him “a Tom Waits for kids” and The Boston Globe declares that, “in the footsteps of Pete Seeger and Woody Guthrie, Alastair Moock makes real kids music that parents can actually enjoy.” Moock and Friends’ live shows are rowdy, rootsy, singin’ and dancin’ fun for the whole family!

Twenty years into his performing career, Alastair Moock has managed to carve out a unique niche for himself: He is a songwriter committed to celebrating the roots of American music while knocking down the walls between different audiences, genres and musical traditions. Today, his audiences range from adults to preschoolers, and he plays everything from theaters to nightclubs to schoolrooms. Like his boyhood hero Woody Guthrie, Moock believes in the power of music to reach all people — young and old, far and wide.

Moock started performing in 1995, moving from his home outside New York City to the folk haven of Boston, Massachusetts. After working his way up through the local coffeehouse and club circuit, he began touring the U.S. and Europe, eventually graduating to renowned events like the Newport Folk Festival and Norway’s Bergen Music Fest. In 2007 Moock was nominated for a Boston Music Award for Outstanding Singer-Songwriter of the Year. The Boston Globe called him “one of the town’s best and most adventurous songwriters” and The Washington Post declared “every song a gem.”

Over the years, Moock had occasionally performed for kids on the side, but it wasn’t until his twins were born in 2006 that he was inspired to make his first foray into family music. In 2010, he joined the roster of Young Audiences of Massachusetts to bring his program “Music and Social Change” to schools throughout the state. That same year, he released his first family music album, A Cow Says Moock. Both that album and the next, These Are My Friends, were met with critical acclaim. 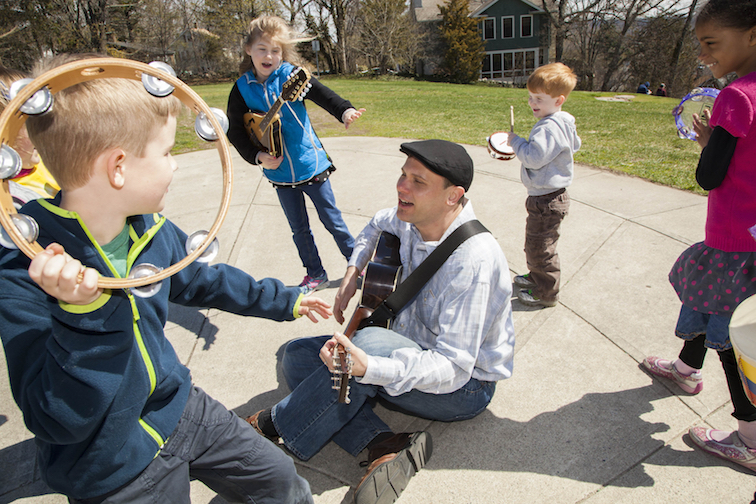 But it was Moock’s third family album, “Singing Our Way Through: Songs for the World’s Bravest Kids”, that became nearest and dearest to his heart. In 2012, Alastair’s daughter was diagnosed with leukemia (she’s doing great today). The Singing Our Way Through project began when they started writing songs together in the hospital. Over the next several months, Moock continued to write and collect songs that reflected his family’s experiences, and the end result was an album for kids “with (and without) cancer.” It was featured on NPR’s “All Things Considered,” “Katie’s Take” with Katie Couric and Good Morning America, and received gold medals from Parents’ Choice and The National Parenting Publications Awards (NAPPA) as well as a 2013 Grammy Nomination for Best Children’s Album. With the help of a fantastic fundraising campaign, over 3,500 copies of the album have so far been distributed to families through hospitals and cancer organizations around the country.

Since then, Alastair has released two more albums for families, both of which have won Parents’ Choice Gold Medals. 2015’s “All Kinds of You and Me” reflects on gender, ethnicity, identity, and the evolving concept of family in America. The Parents’ Choice Foundation called the album “everything children’s music can and should be.”

In 2020, came “Be a Pain: An Album for Young (and Old) Leaders)”, which looks to the social justice heroes of the past and present to inspire kids to move the ball forward. Said Nora Guthrie (daughter of Woody Guthrie) on the album’s release, “How lucky we are to have Alastair Moock around these days! When too many adults are role modeling the pursuit of fame, fortune, or personal gain, Alastair’s songs encourage our kids to pursue goodness, kindness, awareness and courage. Adults might listen up!”

The “Be a Pain” album caused Alastair to re-consider his relationship to social justice work and direct action. After many years teaching Civil Rights and social justice history to kids of all ages, he began to dig in more deeply with the work of anti-racism in 2020 when he helped found Family Music Forward, a racial justice initiative working to amplify Black voices in the children’s music space. That same year, Moock was one of three nominees to respectfully decline a Grammy nomination for Best Children’s Album (his second nomination) due to historical under-representation in the category. In 2021, Moock co-founded The Opening Doors Project, a volunteer organization with a mission to amplify voices of color and advance conversations about race through the arts.