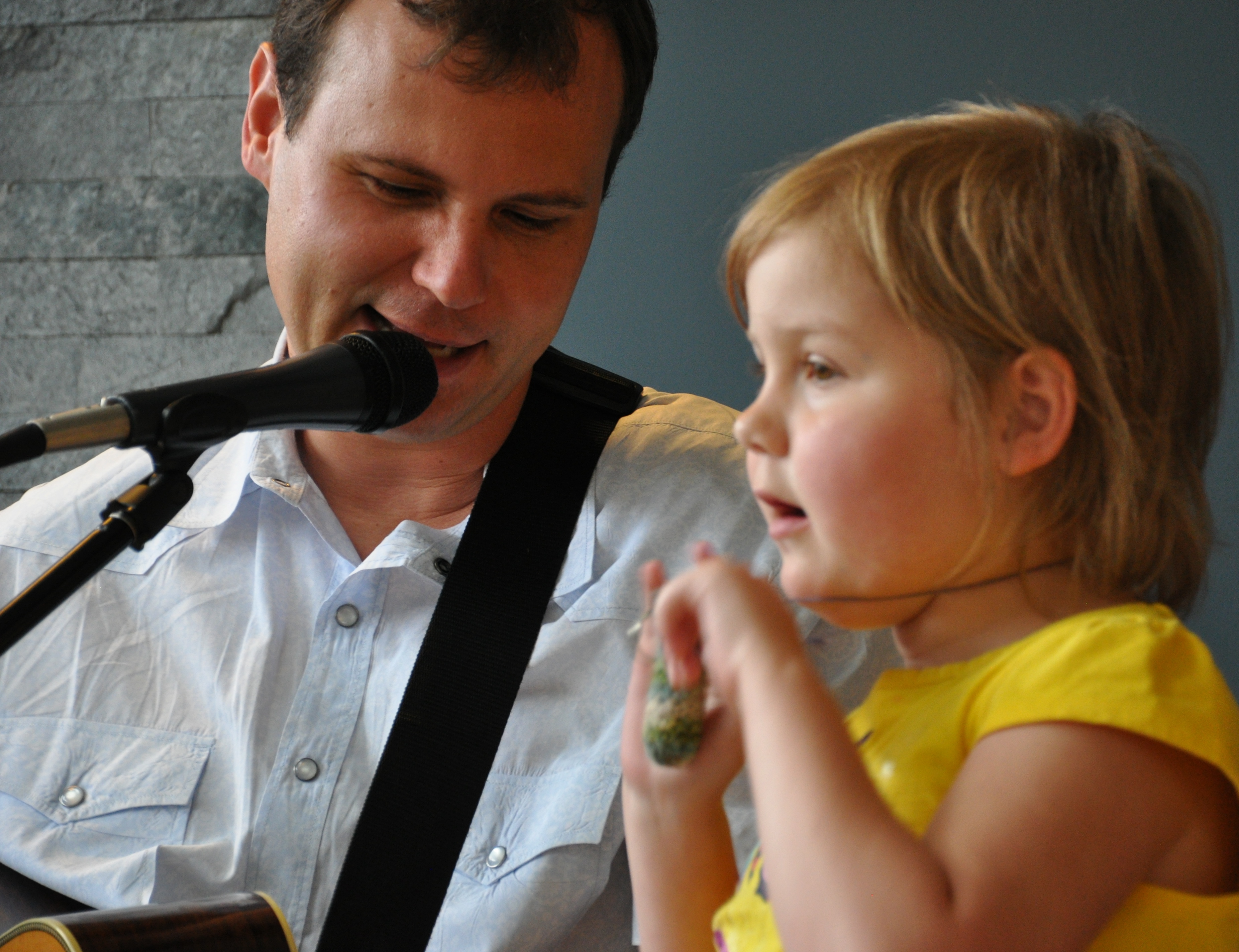 In 2012, one of Alastair Moock’s twin daughters — now a healthy pre-teen — was diagnosed with leukemia. She and Alastair sang and wrote songs together while she was in the hospital and, a year and half later, released an album called “Singing Our Way Through: Songs for the World’s Bravest Kids.”

The album won multiple awards, including a Parents’ Choice Gold Medal and Grammy nomination, and was featured on NPR’s “All Things Considered,” “Good Morning America,” and “Katie’s Take” with Katic Couric. To date, more than 4,000 physical and digital copies have been distributed for free to patients around the world. You can read more about the album, request a copy, and watch videos like this one at the album website: www.singingourway.com.

Alastair continues to perform for and write songs with children at hospitals whenever he can. Below, you will find a list of institutions where he has played, along with album press, testimonials, and some examples of Alastair’s ongoing work with kids in treatment. If you’re interested in booking Alastair for your hospital or institution, please contact his agent Stephanie Rothschild by email or at 212-421-0592. 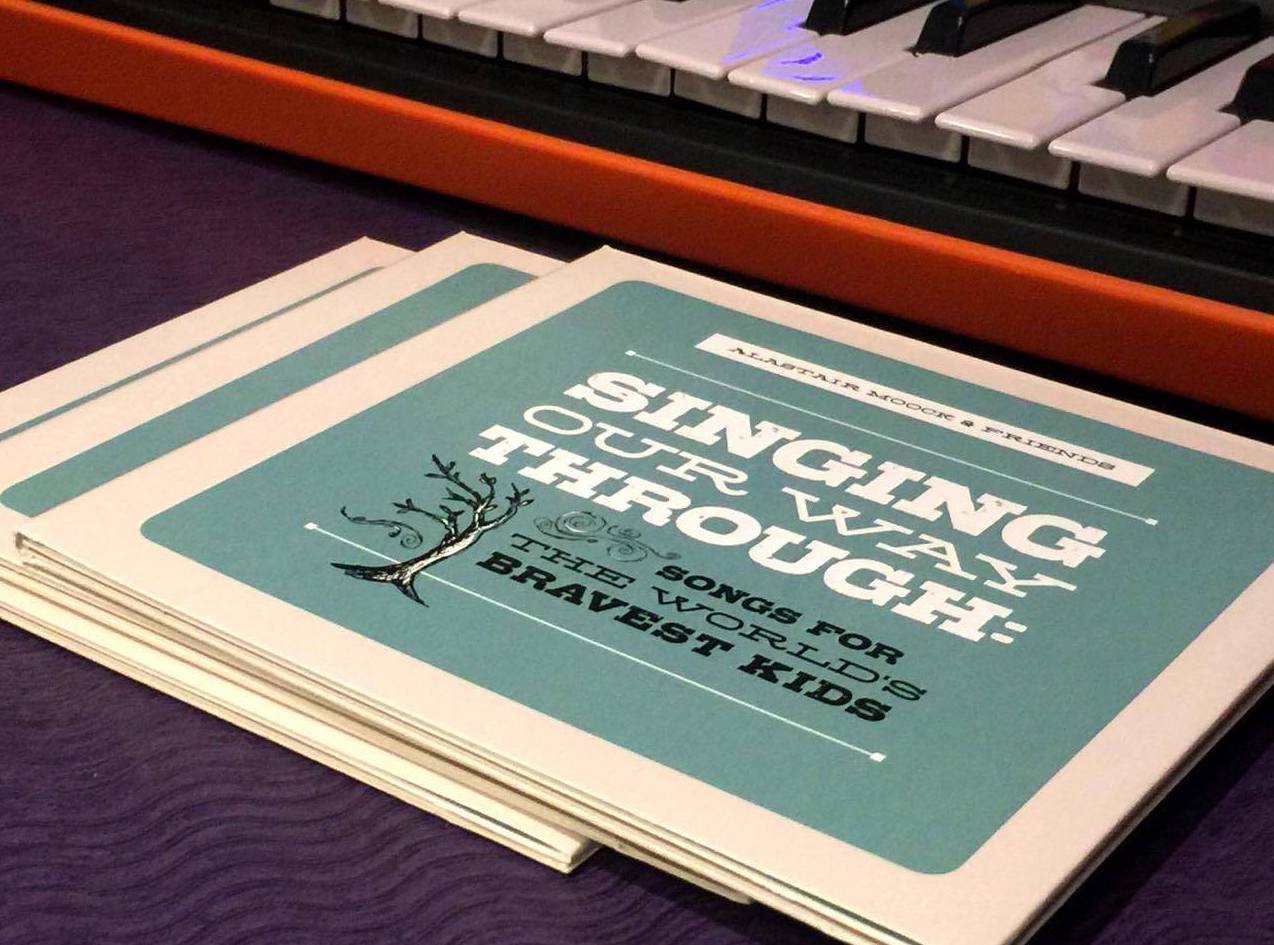 “What’s most impressive about the record is its ability to portray cancer for what it is: a complex human process full of fear and pain, but also moments of great intimacy and even joy. It’s an unsentimental album that happens to be deeply moving… A masterpiece.”
– Salon.com

“These songs provide a combination of empathy and humor, offering strength to any families facing an uncertain future… Kids fighting illness and their families are its primary audience, but its message of clear-eyed hope and comfort isn’t just for kids.”
– All Things Considered, NPR

“I don’t think I’ve ever seen such a perfect example of making lemonade out of some really rotten lemons as Alastair Moock’s excellent new CD. At a time when he was most helpless as a parent, he did what he could as a musician to create something to help families in his family’s position. It’s a wonderful album.”
– Kathy O’Connell, Kids Corner, WXPN-FM

Singing and writing in hospitals began for Alastair with a very specific and personal experience with his own daughter. It has expanded over the years to include many, many more children at hospitals and other institutions all around the country.

Most of this work is, by necessity, proprietary and private. But below is one example of a song Alastair wrote for an extraordinary young boy named Garrett (whose story later went viral). Alastair met and played for Garrett at his bedside in 2018. A short time later, as Garrett’s health was declining, the hospital asked if Alastair would consider writing a song to lift his spirits.

Here was the result:

“Thank you for this wonderful tribute. My daughter still listens to it every day! You are amazing.”
– Emilie Matthias, Garrett’s mom 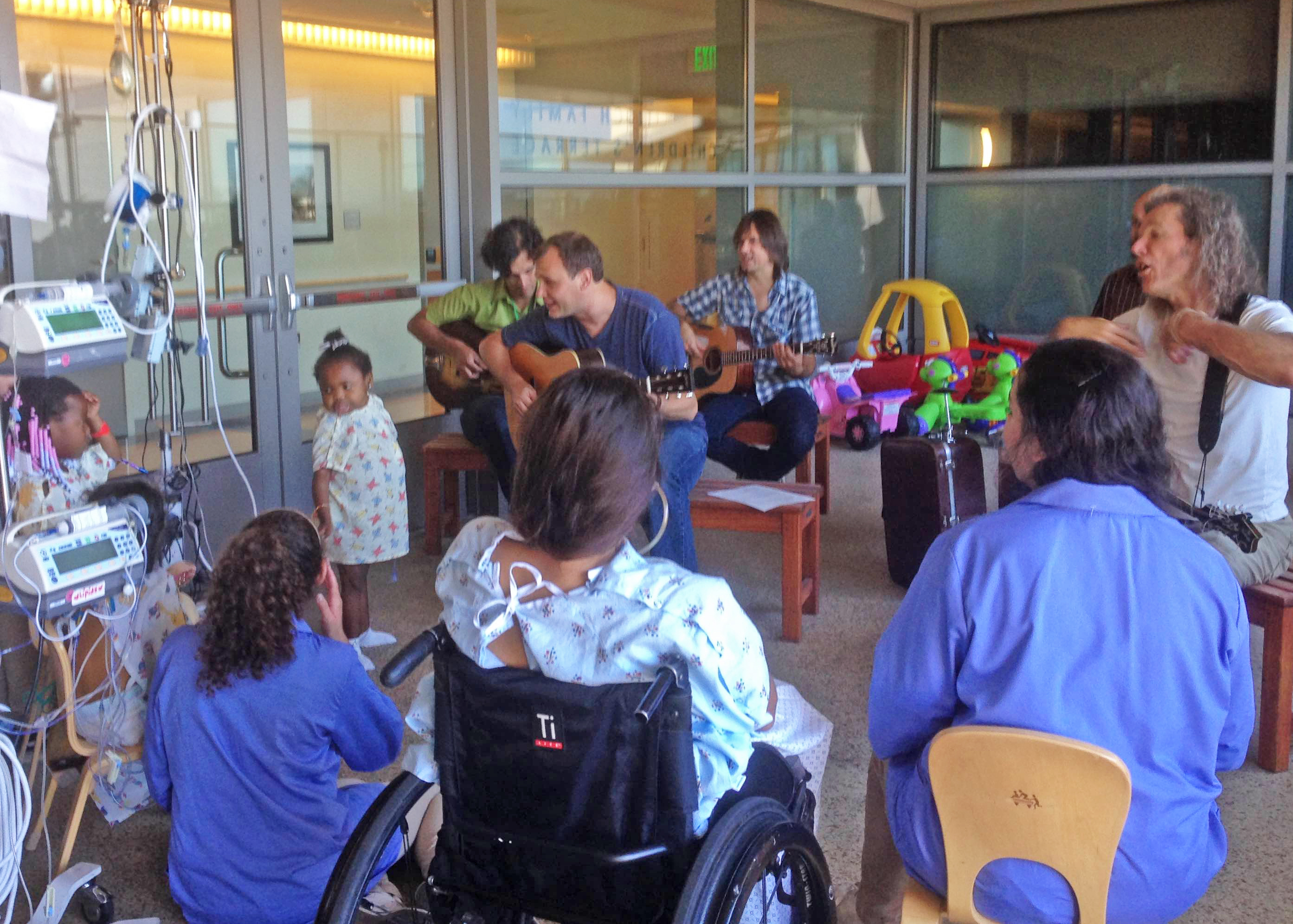 “I just wanted to let you know how much your visit meant to everyone here at the hospital. Your sensitivity to the particular needs and strengths of each child was excellent and really made the day unique. The songs you created were true to their intent but with your own stamp of playfulness. Everything you did was highly professional and perfect for the different venues and ages.”
– Kirsten Nelson, University of Iowa Stead Family Children’s Hospital

“Monday’s performance was truly awesome. It was impossible not to laugh, cry, and sing along. Alastair really captures the essence of the cancer journey and presents it in beautiful music. He has turned family trauma into a gift for many to enjoy.”
– Dr. Anders Kolb, Pediatric Hematology/Oncology, Nemours Hospital for Children

“I so desperately wish that this resource had been available for my own sassy, spunky daughter, who would have delighted in the fact that someone truly understood how hard, weird, funny, and strangely beautiful her own cancer experience was.”
– Beecher Grogan, Director, Lucy’s Love Bus

“I could not imagine music that would speak to this experience the way this does. It is a real gift. There is something comforting about listening to music that is both beautiful and able to express the painful, terrifying and sometimes isolating experience we share. I felt less alone listening to it.”
– Shannon, mom to Nico

*For the much longer list of hospitals and institutions where copies of “Singing Our Way Through” have been distributed, click here.

For booking inquiries and further info, please contact Stephanie Rothschild by email or at 212-421-0592.