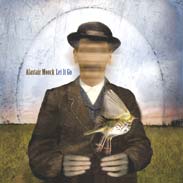 The Boston Herald
“Thanks to Michael Dinallo’s dynamic production and gorgeous, exciting work from, among others, guitarists Kevin Barry and Steve Sadler, the sound of Let it Go is shot through with rugged clarity. But it’s the songs themselves that really lift this project… Moock has become simply one of the top songwriters in the region.” [A Top 10 Album of 2004]

Worcester Magazine
“Let it Go slyly delivers thoughtful lyrics over thick swamp-blues and honky-tonk grooves. The result is one of the best roots music records to come out of New England in recent memory.”

Maverick Country Music Magazine (UK)
“With three well-received albums under his belt, this one could have been subtitled ‘Break Out.’ Moock fairly lets rip surrounded by a bunch of musicians who rock in that old-style way that’s nice and loose but still thoroughly together enough to produce the perfect feel… Prepare to be grinning — and purring — like a Cheshire cat.” [Four and a Half Stars]

Freight Train Boogie
“With a graveled voice and sharp songwriting skills, this Massachusetts based roots artist has put together a striking set of country rockers laced with some wistful ballads and a couple of well broken in covers… This music would fit in with the outlaw country movement in L.A. (think Sin City Social Club) or the outskirts of Nashville. New England’s gain, if you ask me.” [Four Stars]

Acoustic Guitar
“Whether he’s rocking to the bad-boy country blues of the title track or crooning a sweet melody like the one on When the Moon Comes Out, Alastair Moock’s comfy folk wisdom goes down like a good glass of lemonade — a little tart, a little sweet, and completely refreshing. He sings with the heart and gravel of a much older man and his songs are philosophical and seasoned, without a trace of bitterness or self-indulgence.”

Rambles Magazine (Ireland)
“Put this disc in. Turn up the volume, dim the lights and prepare to be blown away. This is Americana as it should be, combining intelligent lyrics, a driving beat and marvelous music.”

Matt Smith, Club Passim
“Alastair Moock has become one of the most important figures in the Boston roots music scene — and this new CD solidifies his position as a major player.”